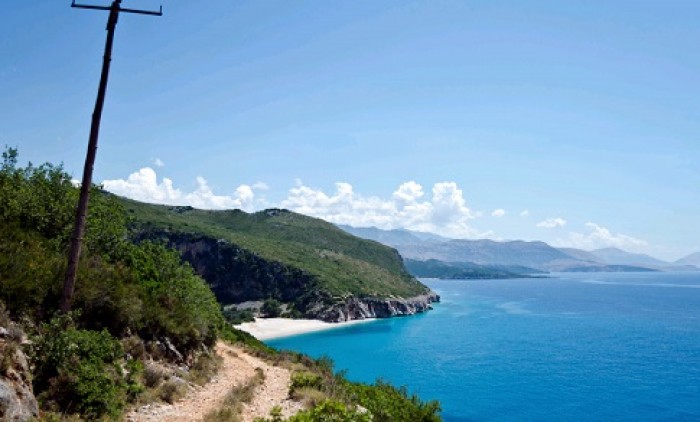 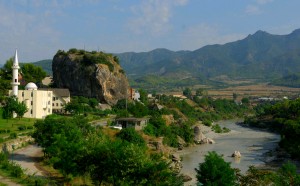 Frommer’s, one of the magazines on travel guides followed in the U.S. has published a list of the best destinations in the world in absolute terms in 2013 but also the best market segments such as families, outdoor adventures and more. Among the latter, Frommer’s bet is on Albania as the best destination of 2013 for value for money. Therefore we are not speaking of a destination for elite tourism but a destination for everyone.
The Albanian Riviera has all the natural attractions of Croatian coast further north but without its crowd and is still accessible for a considerably lower cost. It is the coastal area in the county of Vlore. Here you will find white sandy beaches, crystal clear waters and villages from the typical Mediterranean making it a little more exotic by the presence of minarets in the background. A lot of villages just changed since King Zog I reigned in Albania.
In addition there’s also the pines and the National Park Llogara where Caesar pursued Pompey the Great. Here you can still see eagles and vultures flying over his head but also deer and wild cats of Europe. In Albania it is always easier to do outdoor activities such as paragliding and trekking surrounded by a landscape dotted with lemon trees, olive groves and medieval castles built by sultans willing to conquer Corfu.
Borsh is considered the hottest place in Albania where along its three miles of beach, the longest on the Ionian coast of Albania you can find Roman, Greek and Venetians ruins. The Greeks live in Himarë, a quiet village made of authentic taverns, Orthodox churches and a bizarre archaic greek dialect which an Athenian would not understand. Perhaps this is the Greece of the past.
In nearby Qeparo, Greeks and Albanians live in the midst of olive trees planted before Napoleon, raised above a beautiful beach to share with a few other people. For a true isolation, you can swim between the four islands Ksamili just south of Saranda in the extreme southwest Albania. From Saranda you can walk along the beach to get to Greece but then again.. why should you?
5.0/5 rating (1 votes)
Tweet

We have 106 guests and no members online