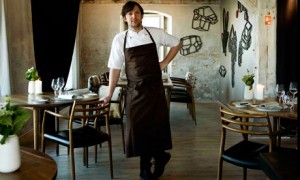 For René Redzepi, champion of Nordic cuisine and forager par excellence, this year's list of the 50 best restaurants makes for very pleasing reading indeed: Noma, in Copenhagen, has been crowned the world's best place to eat for the third year in a row.

For his counterparts in Britain, however, the results – unveiled on Monday night at London's Guildhall – may prove more indigestible. Only three UK restaurants have made it into the top 50, the joint-lowest number in the list's 10-year history. And, for the first time, not one of them is in the top five. The Guardian

We have 58 guests and no members online