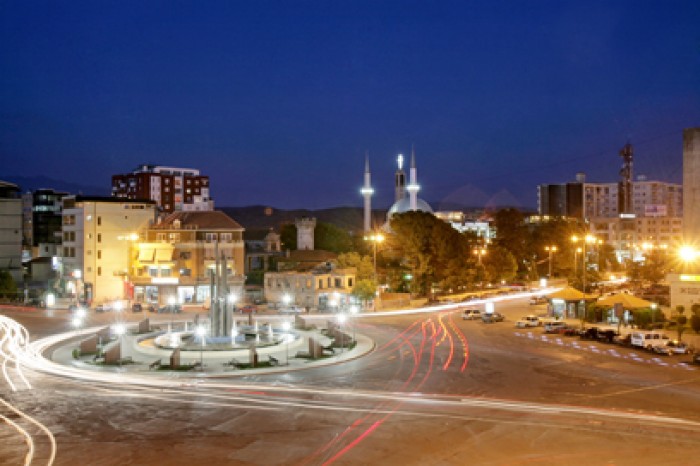 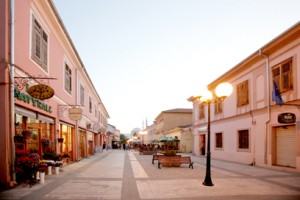 Shkodra is one of the largest and most important cities of Albania and lies in the northwest part of the country. It is also the biggest trade center of the North. Being one of the most ancient cities too, was established in the last millennium B.C. as the capital city of the Illyrian tribe of the Labeates. It was a very developed economic centre, under the leading of King Agron and Queen Teuta. During that period, the city lied from Shkodra Lake, till in the Kotorri Bay.Visiting Shkodra means to give to onself the privilege to touch the ancient history of Albania, its culture which comes from the deep times, its geography, rare and marvellous, the fine humor, the charcateristic hospitality and the funny people. Being one of the most ancient cities in Albania, Shkodra has given to its country, many  personalities of history and culture, during all the periods. Shkodra is called very early, the cradle of the culture.

Shkodër was founded around the 4th century BC. This was the site of the Illyrian tribe Labeates as well as the capital of the kingdom of King Gentius and that of Queen Teuta. The dawn of the Middle Ages saw waves of Slavs arriving. De Administrando Imperio describes how Byzantine Emperor Heraclius gave the Slavs the city of Shkodër and the surrounding territories during the first half of the 7th century. The Byzantines later incorporated the region directly into their empire, forming the Theme of Serbia governed by Strategos Constantine Diogenes.  After numerous dynastic struggles, in the 12th century Shkodër became a part of Zeta, which was a part of medieval Serbia. It later fell to the hands of the House of Balši? followed afterwards by the Dukagjini control who surrendered the city to the Venetian rule, forming a coalition against the Ottoman Empire with many neighboring Albanian tribes. 15th to 19th centuries. Shkodër (under Venetian rule) resisted a major Ottoman attack in 1474. In 1478 the city was again entirely surrounded by Ottoman forces. Mehmed the Conqueror personally laid the siege. Shkodër played an important role during the League of Prizren, the Albanian liberation movement. During the Balkan Wars, Shkodër went from one occupation to another, when the Ottomans were defeated by the Kingdom of Montenegro. During World War I, Montenegrin forces again occupied Shkodër on June 27, 1915. In January 1916, Shkodër was taken over by Austria-Hungary and was the center of the zone of their occupation. After World War I, the international military administration of Albania was temporarily located in Shkodër, and in March, 1920, Shkodër was put under the administration of the national government of Tirana. Shkodër was the seat of a Catholic archbishopric and had a number of religious schools. The first laic school was opened here in 1913, and the State Gymnasium was opened in 1922. It was the center of many cultural associations. In sports Shkodër was the first city in Albania to constitute a sports association, the "Vllaznia" (brotherhood). Vllaznia is the oldest sport club in Albania. During the early 1990s, Shkodër was once again a major center, this time of the democratic movement that finally brought to an end the communist regime established by Enver Hoxha.

The cultural inheritance for the zone of Shkodra starts from the XV-th century with the first scripts in Albanian language. In this city lived the most conspicuous historians, writers, illuminators, etc. In the XVIII-XIX-th centuries started to build the first state institutions which represent the connections of Shkodra with the civilian world of Europe. For the first time in Albania is developing the culture, sport, the art of photography, museums, libraries, publishing house, and later on,  the cinema and electric power. Including tradition, Shkodra is one of the most conspicuous cities which represents the Albanian culture.

Situated between three rivers, Drini, Buna and Kiri, the Lake, the Mountain of Taraboshi and especially the unrepeated castle of Rozafa, Shkodra has always been wanted and attacked from many invaders since in the first periods of its establishment.The city has a very interesting architecture, with wide roads, and houses surrounded by high stone walls and big front doors made of wood. The most attractive sight of it, is with no doubt the castle of Rozafa which is located to the west and surrounded by the Drini and Buna rivers.

One of the most attractive objects is Rozafa castle, part of the arch The history of the castle begins in times of the Illyrians. An especially gripping legend explains its origins. A woman was sacrificed that the castle could be erected. The woman was a young mother with a little baby. The limy-water that flows from the stones at the main entrance of the castle, relates to the myth of the milk from the breast of Rozafa, the woman who was sacrificed, because she requested one breast to be left uncovered, to feed her baby.Inside the city, Gjuhadoli and Serreqi, are the oldest and the most characteristic neighborhoods.In the county of Shkodra, the remains of the medieval town of Sarda or Shurdhahu, 15 km from the city, are of great tourist and historical interest. Sarda, a medieval town with an area of 5 ha, established originally on a hilltop, is now transformed in an island in the lake of Vau i Dejës. In earlier times, it was the residence of the great feudal Dukagjini and his family, where they have built they princely palace. The town was surrounded by walls. What has remained nowadays, consists of the main entrance to the palace and a church of Roman architecture. The island of Sarda is a great possibility to grow up the daily tourism. The bridge of Mes is located above the Kiri River, 6 km from Shkodra in the village of Mesi. It is made of stones and has a unique architecture. The bridge, which is 108 m long, was built in 18th century and consists of 13 stone arches.

To the southwest lies the beach of Velipoja, famed for the quality of its curative sand. Close by, is the lagoon of Viluni and the alluvial island of Franc Joseph, located in the proximity of the mouth of Buna, all representing particularly attractive ecosystem for those interested in ecotourism and nature lovers in general. Velipoja is the biggest beach in the north of Albania and except the habitants of the North, lastly is visited even by Albanian people who live in Kosovo and Montenegro. They find many reasons to come at Velipoja beach, every summer already. The beach has not only natural beauties but also many hotels and rent apartments with very convenient prices and comfortable contemporary conditions. Lastly Velipoja has been under constructing works which makes it more favorable for vacationers. The centre of the beach is larger and cleaned from old ugly buildings, and the street is reconstructed along the beach arriving next to the Viluni lagoon. Choosing Velipoja, for your vacation, means, doing a great healthy gift to yourself, because of the curative sand, fresh air and green zones around.

It is one of the biggest lagoons in Albania, next to the beach of Velipoja, rich of plants and animals, which make its ecosystem protected from Albanian authorities. Near of delta of Buna River, lies the island of Franc Joseph, which except the beauties of the nature, is suitable for the ecotourism.

The lake of Shkodra

Is situated at the northeast of Albania, and is the largest lake of Balkan Peninsula It is part of the boundary with Montenegro, with a surface of 386 km2, in which 149 km2 are situated at the Albanian territory. The longitude is 48 km, latitude 26 km, and deepnes  7-10 m, where the maximum arrives 44 m. Through the river of  Buna, this lake runs to the Adriatic Sea. The climate is Mediterranean, with wet rainy winter and hot dry summer. It has a special system of water with fluctuation of 5 m. The main part of the water comes from the rivers Drini, Kiri and the rest comes from the mountains. The aquatic node Bunë-Drin, plays an important role at the system of the lake. The lake of Shkodra is surrounded by Shiroka dhe Zogaj at the side of  Taraboshi mountain and at the oposite, there are a lot of small villages that, starting from Hanit i Hotit boundary we align: Jubicë, Kamicë-Flakë, Lashaj , Flakë , Brucaj, Kasan, Pjetroshan, Lagej, Aliaj, Premal, Goshaj, Culaj, Koplik, Koplik i Mesëm, Bzhetë-Makaj , Bogic-Palvar Dobër, Sterbeq, Kalldrun. This area is ideal for the green and blue tourism but is still virgin and doesn’t have an available infrastructure. Maybe you can visit theese places to admire the amazing nature waiting fot the development to come.

Not far from the city is the Shkodra Lake. It is the biggest in the Balkan Peninsula and divides the city from Montenegro. Among the lake, lies the beach of Shiroka and Zogaj which are regularly frequented by daily holidaymakers from Shkodra and not only. The numerous restaurants offer the lake menu where dominates the fish. In this zone you will find  the most attractive tourist resort, called Marku, which offers you accommodation and a lot of tourist services. But Shiroka can be visited even with bicycles, according to the old tradition of the habitants of the zone.

The Lake of Koman

If you want to have an unforgettable voyage through the valleys, canyons and the special landscapes cruise in the Lake Koman, that is 30 km from the city. The lake was formed when the Komani hydropower station (600000 kw/hour was built on the Drini river gathering its water in a lake. Its surface area is 12 km (34.5 km long and 50-60 wide). The lake is surrounded by forested mountains that rise 1000-1200 m above sea level. This region is well-known for its attrations and the great historical importance. A grave of the yard of the 6-8 century AD, found in the Komani village that is quite close to the lake, throws light upon the ancient Albanian society. Albanian and foreign visitors are offered travel facilities. The ferry-boat carries passengers and goods too.

This lake is in the vicinity of Shkodra. Its surface area is 24.7 km and its maximal depth is 52 m. The lake was formed when the Vau i Dejës hydropower station (250 kw/hour) was built on the Drini river gathering its water in a lake. Its beauty is bewitching. Everyone feels happy passing through the gorges of the mountains surrounding the lake the forested shores. The carstic phenomens are very attractive. The lake serves for transport, fishing and tourism. in the middle of the lake, is situated the island of Sarda or Shurdhahu, which still kepps the ruins of the  medieval period. You can see  the traces of a church in medieval architecture style. the islan is ideal for the daily tourism. Lastly the number of the visitors is growing up, and this area has started to offer gastronomic structrures. Bar Restaurant Perla is one of those and offers ecxelent Italian cuisine, also the pizza in wood oven.

There is a lot of of food, starting from the simple meat-balls, famous in Shkodra, and finishing with the most complicated dishes of Italian cuisine. Naturally the fresh fish is always present in every restaurant. The cuisine is healthy and based on the products of the zone, as fresh fish and meat, accompanied from vegetables of the season. For more information:

We have 61 guests and no members online